Faculty of Humanities and Arts

invite you to participate in

“The Word: Aspects of Research”

which will be held at Liepāja University

In the 25th issue of scientific articles’ collection of Liepāja University, “The Word: Aspects of Research”, the tradition established is continued thematically – to analyse the word from different viewpoints in various fields of linguistics. The articles’ authors are teachers from multiple Latvian higher education institutions and employees of other scientific institutions and researchers from Lithuania and Ukraine. The issue is divided into two parts according to the aspects of research. The articles are in Latvian, Lithuanian, English, and German.

In Part I, readers will find research in diachronic and areal linguistics.

Several articles are dedicated to morphology and phonetics of subdialects. The subjects and sources researched vary: use of numerals in one, Ērģeme, subdialect has been researched (Anete Daina) as well as parallels of phonetic and morphological features of a group of subdialects, Curonian and Tamian subdialects (Daira Vēvere), specifics of the use of one morphological form (the no-stems of verbs) in different dialects and subdialects in the Latvian language (Anna Stafecka).

In the field of lexis and semantics, Brigita Bušmane’s research on food names covers a wide area and gives a view into the names of porridge in Latvian subdialects. Also, Agris Timuška’s geolinguistic research on the name of tomato in European languages is of wide geographical scope.

Some articles continue the topic of Southern Kurzeme (Lejaskurzeme) characteristic to researchers from Liepāja. Ieva Ozola investigates how the features of Southern Kurzeme subdialects manifest themselves in the literary and journalism texts written in the second half of the 20th century and the 21st century. In Karīna Krieviņa’s research on personal names in Verbeļi cemetery (Nīca municipality), sociolinguistic and onomastic viewpoints have been merged.

Phraseological units have been investigated as part of the history of lexis (Ilga Migla), as well as derivatives with the basic word gādāt in the early Latvian written sources (Anna Frīdenberga). Sintija Ķauķīte has focused on the research of the use of punctuation marks in the early written Latvian texts.

In diachronic research articles, the readers can become acquainted with two linguists’ historical contributions to Latvian linguistics. Māris Baltiņš provides a view into work of Pēteris Zēvalds (Peter Seewald), a teacher and language researcher of the 19th century; the article by Jānis Valdmanis is dedicated to Laimdots Ceplītis, a significant personality in Latvian linguistics in the second half of the 20th century.

In research of contemporary language, mainly the topics related to lexis have been examined. Dite Liepa and Kristīne Mežapuķe have analysed the use of language by TV journalists qualitatively, emphasising the lexical and stylistic errors and suggesting ways to avoid them. Evija Liparte has researched the language of internet portals and discovered many neologisms (compound nouns) created during the Covid-19 pandemic and semantically reflecting facts and processes of the time. The article interestingly reveals people’s creativity in word-formation. Ilze Štrausa’s article deals with the motivating factors for choosing cats’ names nowadays in socio-onomastic aspects.

Several linguists have turned to the structure of the language of science: Agnese Dubova has analysed structure elements in introductions of scientific articles, Iveta Kopankina and Artūrs Viļums have examined and evaluated the elements of text-formation which express the dimensions of place and time in Latvian scientific articles.

The issues of grammar and semantics are reviewed in comparison of Latvian verb būt and Lithuanian verb būti because the differences in their meanings are significant in the acquisition of the Baltic languages (Inga Kaija, Daiva Puškoriutė-Ridulienė). Theoretical and practical opportunities for improvement in foreign language studies have also been researched (Līga Beļicka, Ruta Svētiņa; Diāna Liepa). The pandemic rhetoric and the state president’s rhetoric have been studied (Eglė Gabrėnaitė, Domantė Vaišvylaitė; Līga Romāne-Kalniņa) and the discourse of children’s rights has been described (Andrejs Gorbunovs). Regina Kvašytė and Kazimieras Župerka have compared villagers’ names in Lithuanian and Latvian languages; Olga Billere has analysed the similarities and differences in proverbs and sayings.

The collection of scientific articles, “The Word: Aspects of Research”, is included in the EBSCO database; information on the collection and the articles published are available at the Latvian National Digital Library. All the articles have a DOI index.

Wishing an engaging reading and a valuable immersion in linguistic issues,

“The Word: Aspects of Research” 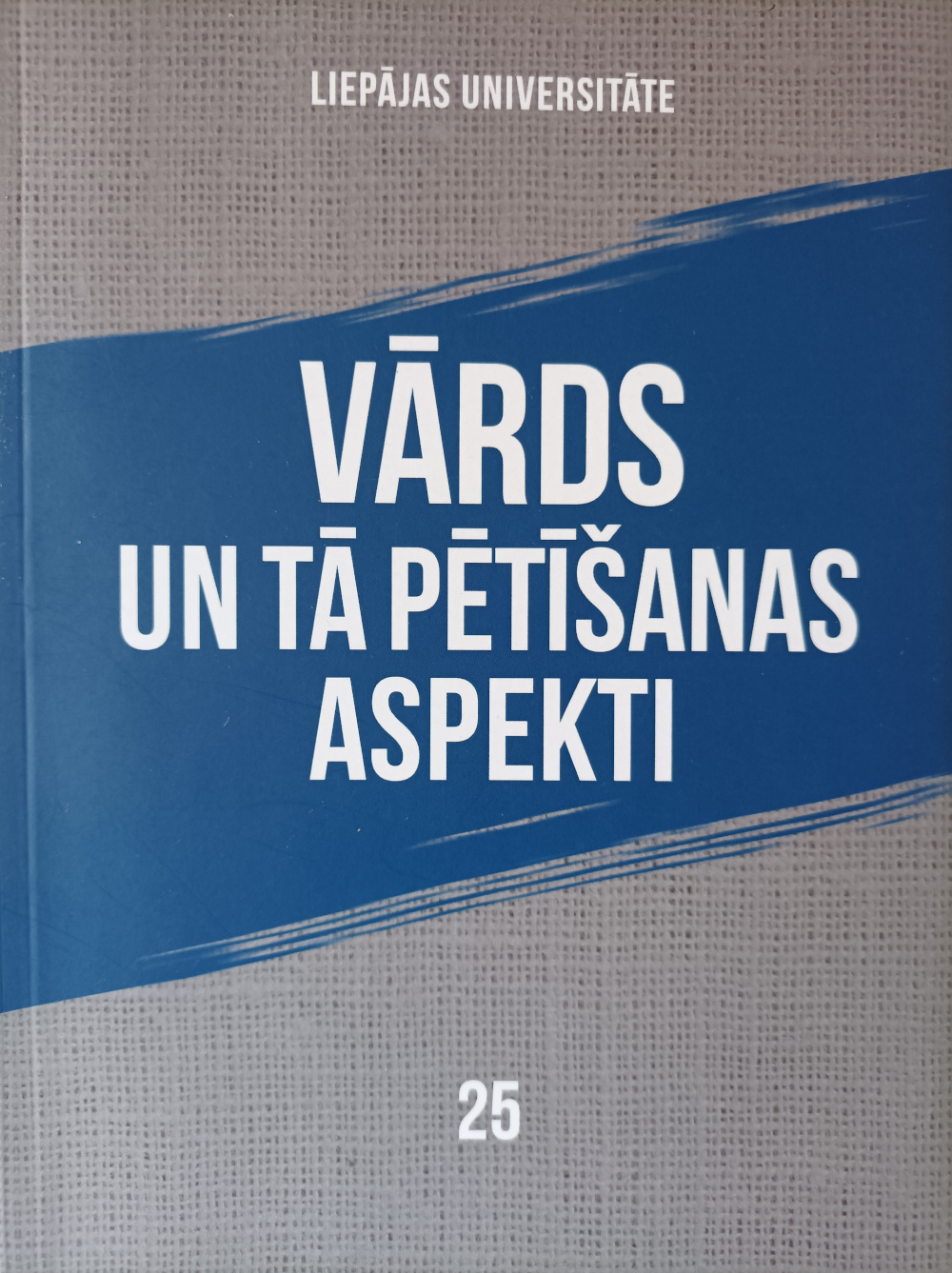 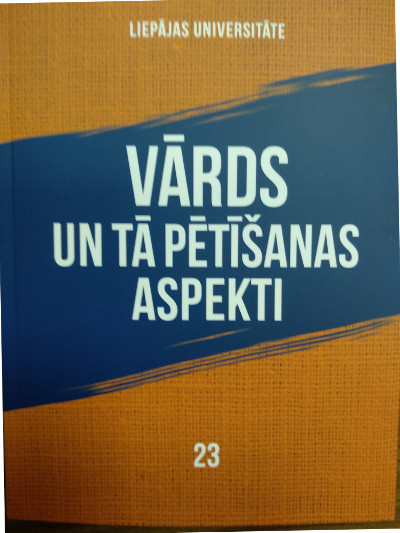